Mr. O’Neil graduated from Stephen F. Austin High School in Sugarland, TX in 2000 with a modest 4.12 GPA. Lacking sufficient scholarships, he then joined the US Navy as a Nuclear Reactor Operator. He served six years in the Navy in various locations and on various ships, and visited over 30 countries on 5 continents. He left at his EAOS to pursue a career as an educator, and attended the University of Alaska Southeast, in Juneau Alaska. He received a BS in Mathematics with Minor in Creative Writing, followed by a Masters of Arts in teaching, graduating first in his class. He scored in the top 15% of all time on the Praxis II Content Knowledge test for mathematics. He took his first job in Glenns Ferry, ID, but due to health conditions, moved to Prospect Oregon where he taught in a rural school for several years. His wife became homesick during this time, so he took a job at The Academy of Math and Science Prince (in Tucson) as that was the closest he could get to his wife’s family who lived in Mesa. He transferred to The Academy of Math and Science Peoria Advanced in the 2019-2020 school year and has been teaching there ever since.

Mr O’Neil is a writer, reader, and gamer. He loves to play chess with his children, game online in Starcraft II and FFXIV. His favorite author is Anne McCaffrey, followed by more authors that can be fit in a brief description.

This year, 2020-2021, Mr. O’Neil is looking forward to teaching Algebra to his new homeroom class, and is excited to see the American Spirit re-emerge during difficult times. In the words of his Drill Instructor: “We will improvise, adapt and overcome! No matter the obstacle.” 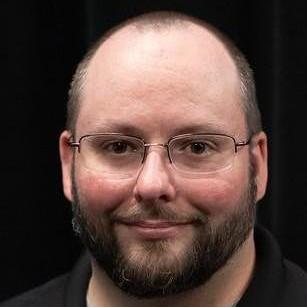